In the late summer of 2007, I became an accidental farmwife. And by that I mean I was so busy trying to keep track of three daughters that I barely had time to imagine what life was going to be like with my new husband. Yes, I knew he was a farmer. But he was also a university professor. He was pretty much always washed up and free of any residual farm detritus when he came a courtin’. He didn’t smell like sheep poop when we dated. All of that changed when we married. Soon I too had a strange funk about me.

Approximately twenty-four hours after we put the wedding décor away, I was properly introduced to my new charges: two hundred sheep and a loud, ornery and mischievous attention freak of a donkey. I was alarmed to hear that he didn’t have a name, so of course I gave him one. Donkey. You had to say it in a Scottish accent though, like in Shrek.

I very quickly fell into step in the farming life. I took care of the animals and assisted my husband the Farmer when he would allow me. Mostly he prefers to do things himself – but he let me take care of the babies. I got to know the different characters on the farm: the ewe who would head-butt me if I came too close, the ewe who might squash her own babies if you didn’t separate them; the sheepdog who was a bit crazy, and the Gordon Setter who would take off if left off leash for more than about thirty seconds.

The Farmer taught me how to rub a newborn lamb to life, to assist a ewe in childbirth, and to feed the young a bottle. There was no guidebook – we were both learning by doing. Before long I was writing stories about the animals. Those stories became a weekly column in the local paper.

I am always thrilled to hear that a story touched someone in some way. Many times I have received letters from readers, saying that they cut out a particular column and stuck it on their fridge or tucked it away in a scrapbook, because it meant something to them. Maybe they were farmers themselves – or married to one.

Some of my most loyal readers are in seniors homes. The stories bring them back to when they were learning how to mend pants and the fence that ripped them. When they were crying over a tiny lamb or calf that didn’t make it. When they were struck dumb by the beauty of a newborn foal.

If you are a farmwife, I would love to hear your stories. Here’s to the farming life. Live it well. 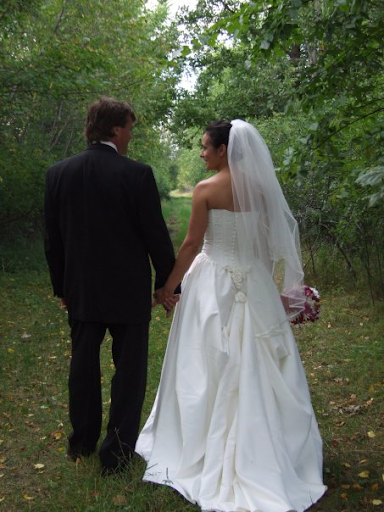