On removing a sliver of the darkness


Leonard Cohen was in his thirties by the time he found his calling. He had poetry within him his entire adult life – perhaps even younger. He wrote passionate poems and gathered a meagre following – but he never found success in that realm. It wasn’t until he began writing songs that he found his place in the world.
In interviews, Cohen explains that his songwriting was not simply poetry set to music. He said the words to a song come from a different part of the heart. Poetry, he said, is the expression of an inner voice or running commentary. Songwriting is sharing that voice with everyone else who cares to listen.

When Cohen wrote the song “Hallelujah” in 1984, it did not receive critical acclaim. One critic said he “didn’t get it.” Like many songwriters, Cohen’s own performance of his songs is an acquired taste. It’s when the song is adopted and adapted by someone else that it comes to life. And man, did that song come to life.
The first person to make “Hallelujah” his own was Australia’s Jeff Buckley, in 1994. His haunting version, where his voice breaks and he runs out of breath, pulls the listener along with him through whatever painful memories the melody evokes.

The song has travelled globally, inspiring artists to put their own spin on it. I, like many other Canadians, didn’t become aware of the song until it fell into the hands of Ms. Kathryn Dawn Lang of Alberta. I don’t believe the song came to her by accident. The artist known as k.d. lang took that tune and put her own mournful, spiritual phrasing on it. She ploughed the depths and reached the heights of emotion with that song. She sings it barefoot. It is the one song she cannot leave out of any concert playlist. To many people, her version of Leonard Cohen’s song has become her signature. And it has become his masterpiece.

I love many of Leonard Cohen’s songs – especially when my daughter and her fiancé sing them. Cohen continues to inspire today’s generation of singer-songwriters with the music that he had to punish himself to complete, his lack of confidence stopping him in his tracks time and again.

A few years ago, Facebook informed me it was Leonard Cohen’s birthday. I know his page likely wasn’t manned by himself, but I sent him a note anyway, and asked for his advice to today’s young artist starting out. I was surprised when I received a reply, just after midnight.

Woven through art, I think, is the fine silk thread of observation. True art, whether paint or music or literature, shows us where we came from, who we are, what we are to be, always from a different angle, in a slightly different language, and therein truth is discovered, piece by piece.

Learn to listen, to quiet yourself, to watch the present go and the future come, hear the great pulse of this universe, and then to teach to us the facets you witness. If you can remove a sliver of the darkness from my blindness, you are a true artist.”

I sent the note to a former McGill classmate of Leonard Cohen, who lives in Kemptville. He said there was a very good chance the note was written by the artist himself, as “it sounds like him.”

The note is one of my treasures, and it reminds me to be quiet, to listen and to share what I’ve heard.
That is Leonard Cohen’s legacy and gift to us – he wants us to listen to ourselves, to believe in ourselves and to follow the path that is so clearly laid out before each of us. We all have a calling. It isn’t necessarily what we do for a living, but it is what makes us come alive. 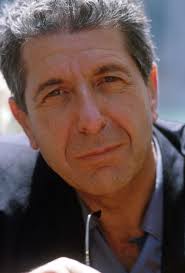 Influenza is a pretty word for a not-very-pretty situation


I’ve always thought the word ‘influenza’ was romantic. You imagine beautiful young maidens in long flowing dresses and tresses perishing of influenza and consumption. Just heating up and wasting away, in a long ago fairytale setting. That’s before I got the flu and held onto it for two solid weeks. It ain’t so pretty anymore.
They’re really pushing the flu shot again this year and so of course I got mine. I was in the doctor’s office for my monthly B12 shot when the nurse asked me if I wanted a flu shot. It was in my arm before I suddenly remembered that as soon as I had the shot last year, I got the flu. This year it took nearly a week but it did eventually show up, as feared.*
Luckily I was just transitioning to working from home again so I didn’t have to miss any time at the office. But after a solid week of cold medicine, cough syrup and Vic’s Vap-o-Rub, I started to investigate more natural methods of dealing with flu symptoms.
Which brings me back to the year we had two Chinese boys living with us. The winter of 2014 was a particularly harsh one, and like nothing these boys from the seaside town of Suzhou had ever seen or felt before. When that first chill set in, they started looking around for some of their traditional herbal remedies.
The boys drank about six cups of dark Chinese herbal tea with ginseng and raw honey every night. They drank so much hot water during the day they wore out an electric kettle and I started to research water intoxication to ensure they weren’t drinking too much.
One night as I tucked in to sleep, I smelled something very strange wafting through the air. I could smell cooking. I got out of bed and padded down the stairs in my robe and slippers to see what the boys were up to in the kitchen. There was no one there. I went back upstairs, noticing the smell was growing stronger. It was a strong herbal, onion-y aroma – not unpleasant, but I didn’t want to sleep in it.
I hoped they hadn’t brought food up to their rooms. Opening my bedroom window for fresh air, I closed my door and went to sleep.
The next morning I passed Big Jerry in the hallway on his way to the bathroom. The smell of garlic followed him like a green cloud and seeped from his hair, his skin, his every pore.
“Jerry!” I laughed, startling him fully awake. “If you eat raw garlic like that you aren’t going to have to worry about the girls getting too close.” He just blinked at me and continued on his way. Later the boys explained to me that they eat copious amounts of raw garlic in China when they feel a cold coming on.
“We don’t want you to get sick,” they explained. I told them they were making me sick with the smell and they needed to back off a bit on their health kick. I hid the raw garlic in the back of the beer fridge. The next morning it was obvious they had found it. The Farmer had to drive them to school with the windows down on the truck.
When the Farmer is sick – about once every five years – he coats a wool sock with Vic’s and wraps it around his neck. This season he is using a neck warmer. He wears it all day when he’s out building his log cabin, and sleeps with it on at night. I’m going to steal it while he’s in the shower and give it a run through the wash.
Maureen at the Kemptville Restaurant says she protects herself against the flu-wielding public by taking raw ginseng all season long. It comes in little vials and it’s really cheap and effective. That’s the next trial on my list, because I don’t think I can handle drinking garlic soup all day long. I realize you can also take concentrated garlic in tablet form but – guess what?- the tablets are sealed with some kind of compound that gives me migraines. I just can’t win.
Cold season is disgusting. And why do the effective cold remedies have to taste so bad? Buckley’s, ginseng, raw garlic – at least we don’t have to worry about spreading the cold by kissing. No one is coming near me with a ten-foot pole.


*you can’t get the flu directly from the flu shot, as it contains a dead virus. However if your immune system is already compromised, you may be vulnerable to viruses in circulation.

Posted by Diana Leeson Fisher at 6:53 AM 0 comments