I have high hopes that this summer will be a good one. We know what to expect in terms of reopening the province, and it is likely that any setbacks won’t hit us as hard as they did the first time around. We know what we are dealing with now, when it comes to the pandemic. But can we talk about the mosquitoes? I mean, what the..? Is it just me, or are those tiny bloodsuckers worse than ever before?

I am one of those people who typically get a few bites at the beginning of the season, so I start wearing bug spray and then they don’t seem to bother me anymore. This year I am starting each warm spring day with a thick layer of bug repellent and I am still covered in bites. And they aren’t just annoying  - they itch like poison ivy. I have tried Benadryl, After Bite, Polysporin with cortisone for itching. Nothing works. I take half an allergy pill and head to bed and I wake to see I have been scratching in my sleep. But I am not getting bitten in my sleep! Not anymore. I brought the mosquito tent out early and installed it over my bed. Hopefully I will develop some sort of immunity to mosquitoes over the next few weeks or it’s going to be an ugly summer.

When we opened the cottage for the season it quickly became apparent that mice had been nesting inside. Something bigger had taken up residence as well – perhaps the squirrel that insists on weasling into the house through the gap in the rafters. I brought my cat to the cottage in the hope that his presence would scare away the rodents. The sounds and smells of the wildlife in the great outdoors had the cat up all night long. He just kept roaming the house, chirping and squawking. He didn’t catch anything, though. After 3 nights I took him back to the farm so I could get some sleep. At least my mosquito tent will keep me safe from squirrel attacks while I sleep.

I emptied the farmhouse of anything perishable and prepared to spend the summer at the cottage. I may have jumped the gun, however because it is absolutely freezing in there. It’s a solid wood structure, much like a log cabin, and it acts like an ice box. This is lovely on a humid summer day but at the moment I have to wear a sweatsuit to bed so I don’t freeze in my sleep. At least the thick clothing keeps me from scratching my insect bites. Please pass the calamine lotion.

P.s. - a reader passed along a jar of "Jewel Weed oil". The weed is local, found near poison ivy. That's often how this works. The thing that can save you is growing right next to the thing that is giving you grief. 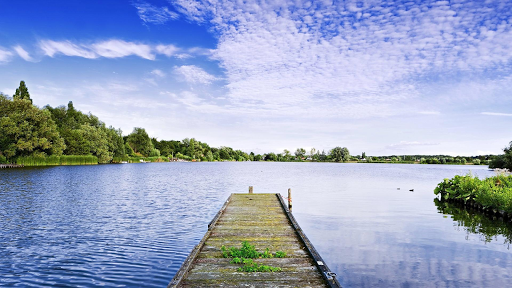 Posted by Diana Leeson Fisher at 10:50 AM